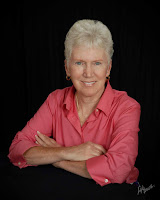 Welcome back, Susan! I'm thrilled to have you here again. Susan's newest installment of the Overhome Trilogy will release Oct. 14, 2016, from The Wild Rose Press.

What fun to interact on Nikki’s blog once again. Thanks for inviting me, Nikki!  I appreciate your suggestion to set up my Overhome Trilogy so that previous readers can have their memories refreshed and new ones get a glimpse into what came before my new release NOBODY KNOWS, third book in the cozy mystery/Southern Gothic series. Remember, folks, Halloween arrives at the end of October. Why not celebrate with a spooky series featuring ghosts, the Overhome Trilogy.

A RED, RED ROSE, the first book in the trilogy involves twenty-year-old Ashby Overton’s visit to her family’s ancient historic estate Overhome in Southern Virginia. In search of her roots, Ashby finds mysteries galore permeating the old plantation house and grounds. Aided by Rosabelle, a family spirit inhabiting the oldest wing of the mansion, Ashby discovers sins and secrets of the past, while acquiring maturity and her own sense of self. Oh, and there’s a bit of romance involving Luke, the stable boy and Ashby’s riding instructor, who does not believe in ghosts.

BENEATH THE STONES picks up five years later finding Ashby, now owner of Overhome Estate, faced with financial ruin; it’s up to her to find a solution. Selling off some of the property seems a viable solution until a recalcitrant spirit hold-over from the Civil War makes a determined stand against her every effort.  Ashby must use her evolving sixth sense to ferret out the mysterious past that surrounds the angry spirit determination. And, yes, the romance deepens.

NOBODY KNOWS, third and final book, takes place five years afterwards. Now married and a successful author, Ashby’s bucolic life is turned upside down by the arrival of an African-American professor in search of his own roots: his ancestors apparently derived from Overhome Estate: one a slave and one a plantation master. Coinciding with a local effort to destroy a slave-built church, the professor’s appearance stirs up slave spirits who wreak havoc on life at Overhome. Everyone is depending on Ashby’s extrasensory ability to find the source of discontent in order to quell the fury.  For fun, a bit of both married and teen-age romance.
With a successful writing career and blissful marriage, Ashby Overton is fulfilled and content at historic Overhome Estate in Southern Virginia'until a stranger walks into her life. The arrival of Professor Ellis O. Grady coincides with a violent and bizarre turbulence emanating from the dark world of Overhome's ancient spirits.

As paranormal events build into chaos, Ashby must use her sixth sense to sort out the real from the imagined in both the visible and the invisible worlds as, stirred into fury, the souls of Civil War slaves engage in a dangerous battle destined to reveal long-held secrets of the past.

What is the connection between the enigmatic professor, a slave-built chapel and a restored overseer's cottage on Overhome Estate? Ashby struggles to find the answers before the spirits destroy her family's heritage, and the lives of those she loves.

What threads lead from first book to last?
Many themes underlie the three novels. One overarching theme is that we cannot overlook the past in terms of what we expect of the present and future; layers of history affect our values and attitudes and may determine our very destiny . The ghosts in each novel might be symbolic of the hold-overs from the past that we cannot deny or ignore. Another major theme involves a look at the culture and society of the South where long-held, hard-felt ideas and beliefs often battle with modernity. The importance of family, cultural diversity, and economic and regional clashes also resonate throughout the series.
In terms of characters, all of the main characters and many of the subordinate ones mature and grow with each succeeding novel. The setting, Overhome Estate, remains the same, and the romance advances from attraction to devotion. I call the series Mystery, History, Romance & Ghosts!
Did you plan to write a trilogy or did it grow organically as you wrote?
Although I thought A RED, RED ROSE would be a stand-alone novel, subconsciously, I must have known there was so much more to Ashby’s story; I left some issues unresolved for some reason, right? When readers clamored for a sequel, I knew I was on a roll. BENEATH THE STONES was definitely an organic growth as I discovered over a dozen actual family letters written from the Confederate battle fronts in Virginia in the midst of my composing the novel. I was able to weave many of these into the story. NOBODY KNOWS pulls the saga full circle to family in search of heritage. In spite of a continued story, I have written each novel to stand alone.
Did your research lead you deeper into the history?
Oh my, yes! In fact, I find it very hard to know when to stop researching and start writing! I use local sources such as the Bedford Museum and the Museum of the Confederacy. I interview professors, farm owners and workers, horse experts, large-animal doctors, blue grass musicians and a host of others represented in my novels. And I read extensively—books, articles, news clippings. I have become a bit of a Civil War wonk—at least when it involves Virginia and our battles and soldiers in the Confederacy.
What got you started and is NOBODY KNOWS definitely the last?
My writer’s antennae went up while touring a supposedly haunted historic estate in Northern Virginia. When I retired to Smith Mountain Lake in the southern part of the state, I decided to look for a similar property there and set my story on fictional Moore Mountain Lake. Once I found the prototype for Overhome Estate, I was off and running.
I intend for NOBODY KNOWS to end the series. However…if enough of my readers want more…who knows?
What are you working on next?
I want to take a break from Gothics and write about the mystery and drama taking place in a large public high school when a principal without principle takes over. I’ll have plenty of fodder based on my thirty years of public school teaching!
Is there anything you learned in the process of writing these books that changed your way of thinking about the past, your life, writing? In what ways?
I think I’ve found my niche writing contemporary characters with a history background.  I will probably return to the genre after I finish my school-days book. I’ve also come to appreciate the depth and width of history in Virginia, where the first English colony was established in Jamestown in 1607—a rich heritage for a Southern writer! Finally, writing romance does not come naturally to me, so I’ve had to stretch my creative outreach there.

Excerpt from NOBODY KNOWS:
Walking over the weedy ground, I felt the desolate abandonment of those long-dead. A few tilting gravestones, so blurred with time that their epitaphs were illegible, listed toward the ground as if sheltering from a punishing wind. Scattered among the patchwork grasses were small, thin stone markers set in the dirt, little more than raw rocks, though several bore the faint outline of initials which had been chiseled into them so long ago. Ellis and I surveyed the bleak cemetery, each harboring our own thoughts.  I don’t know how long we stood there breathing in the silence. Then, I heard the voice.—so clear, so distinct, that I startled and almost fell back. Did my companion hear it, too? I darted a look at him. He stood with eyes closed, evidently completely lost in his own reverie. I held my breath and listened with all my senses on alert. The voice wavered this time, as though trailing away, but its repeated message was identical to the one I had first heard at the Overseer’s Cottage when the candlestick went missing. I had thought, then, that I heard “red apple,” which made no sense. Now I understood. “Jared Chapel,” the voice warned. Yes, its tone was severe. Demanding. “Jared Chapel.”
I touched Ellis’s arm. “It’s here, Ellis. I know it is.” And when he blinked uncomprehendingly, I added, “You wondered if Jared Chapel offers anything in your search for your ancestry. It’s here—there’s something here. I feel it and I...I know it.”
He blinked several times, a serious expression on his face. “You know because...”
“Sometimes the past speaks to me. I can’t explain it, but I have to trust the voice that tells me things.”
He rubbed his chin. “You know...this is odd. Really odd.”
I raised my eyebrows in a silent question and he continued. “Because I thought I heard something. I definitely felt...a presence I can’t explain. Someone trying to get my attention. Someone very, very seriously trying to make me understand.” He shook his head. “Understand what? I confess, I’m baffled.”
“It’s a sign,” I said. “Something I’ve learned over my years at Overhome. We ignore the signs at our own peril.”
Anything else you’d like to add?
My books work well for book clubs because there’s plenty to discuss with all the themes and symbolism and history. One local library actually provides multiple copies of popular books for local clubs and I am proud to report that both A RED, RED ROSE and BENEATH THE STONES are available through them. I’m hoping NOBODY KNOWS, after it releases October 14th will join the other two.


Finally, I’d like to offer another thank-you for allowing me to join you on your lovely blog.

It's been a delight, as always. Readers, I'm sure you'll enjoy all three of Susan's books. I know I'm looking forward to Nobody Knows.
Posted by Nikki at 12:00 AM