Looking through The Kaleidoscope 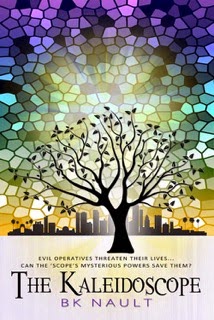 What if advances in artificial intelligence, combined with mystical elements found in the earth, could produce inexplicable images of the future?

Please welcome Bev "writing at the speed of diesel" Nault. Bev's new book, The Kaleidoscope, was released by The Wild Rose Press on May 13, 2015.

Tell us about your latest book.
The Kaleidoscope came to me while I pondered what the world will look like when artificial intelligence really becomes a player. When a new technology is introduced, we’re not sure where it’s going to take us and we all jump on the moving train, going along for the ride and sitting in the seats looking backward. But the kaleidoscope (aided by soon-to-be-invented technology) in the story actually shows the future, so it’s a little hole in the universe, allowing the characters to see ahead as they barrel through time. It was fun to imagine what reactions they might have to an event they were headed for, and if the knowledge would change them for the better or worse.

Do you have a favorite character? Why?
Harold is the main character and I like him so much that when I finished writing, I actually started to miss him. I have a few first readers who did so as well, and we would surmise what he was doing with his life now. But I have to say that Pepper, his love interest, was also fun because she has such spunk I want to channel her energy and zest for life.

What do you like best/least about writing?
The best is putting flawed characters through a rough day and getting them out of their tough situations. But only when they ask pretty please.

Favorite non-writing activities?
This is more in the category of how crazy is my life, and what happened during the publication cycle of this manuscript, but I will get around to that answer, I promise. Our two children got married within three months of each other and my husband and I decided it would be a good idea to put our house on the market just to make things interesting. Brilliant, right? So the house sold, and we had to make quick decisions in between rehearsal dinners about how to downsize and where to live. We wanted to move closer to my husband’s work, but when we began comparing prices of apartments and condos, we decided to try living in our RV for the weekend. We’re still living in it six months later (and even more miraculously we are still married!).
So now, as I say, “I’m empty-nested, down-sized and writing at the speed of diesel,” which is a lot like being a kid with long afternoons to play make believe with paper dolls—on the computer that is. Naps are optional. And with our newfound freedom from housework, and pool and yard maintenance, we started taking country line dancing lessons. I will spare you the details of those hilarious and sometimes embarrassing images. See, there was an answer in there somewhere.

Advice for newbies?
Good question. Listen to those who have come before you. Smile and nod, and keep writing. Remember some of their advice because it is true, the rest you can dismiss. I will leave you to decide which is which. (I think I just paraphrased a famous writer of whom I can’t recall the name because I probably disregarded his advice.)

How do you deal with dry spells?
After a couple of awkward turns around the dance floor, mixing up my toe struts with my jazz boxes, I’m reminded I should be spending most of my time at the keyboard. Or perhaps I should learn to smile and nod and dismiss the chuckles from the gallery. Everyone’s a critic, right?

Do you have critique partners or beta readers? How do they help?
I for sure couldn’t row this boat alone. I have several partners who have different strengths and offer new ideas and challenges. I also attend a monthly group of slashers (of the red pen variety), and have several first readers, and also some brainstorming buddies. Not to mention editors, of whom the world would not be safe to read in without. Feel free to correct that sentence. (Nikki says: "Such prose as is deathless you write of which dangling direct object I dare not correct nor of that can find a beginning.")

Do you remember the first book you ever wrote?
The first story I wrote was about a shy line (yeah, no typo, it was a “line”) who wanted to be in a parade, but he had no feet, so he had to be brave and hitch rides with the others. One offer came from a very fierce looking purple lion (see what I did there?), of whom he was very afraid. It was a compelling coming-of-age story. And now that I look back, thoughtfully inclusive of the physically challenged, and with a flawed character overcoming struggles: brava little-Bev. I self-illustrated it with the crayons my older sister let me have, thusly the purple lion, from our shared box. My mother stapled the pages together, and I was hooked on storytelling.

What else are you working on? 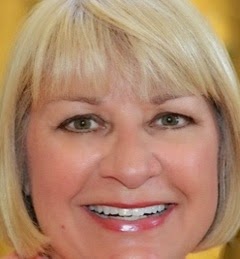 I’m calling my next book Misdirect. It’s about a former (because she badly messed up on a mission) CIA field officer who finds herself reactivated from desk duty and sent overseas. She has to dust off her tradecraft skills and ride camels, which she hates by the way (wait this sounds like the line story), through the deserts of Algeria and Morocco to save her future son-in-law, who happens to be her nemesis from the original messed-up-mission.
Funny thing that may or may not have happened while writing this—I was researching terror cells, covert ops, and spy gadgets for this book, and then I went in to get my TSA pre-check for all the upcoming book tours I’ll be flying to. Ahem. Maybe it’s not so much funny as a life lesson. But, and I offer this advice at no extra charge, best not to kid around with the agent taking your fingerprints about the spy book you’re researching and how it might stall the background check. Oh, and while we’re on the subject, try not to yell “photo-bomb” in front of the White House, even while riding a Segway on a tour of D.C.. The guys in black Kevlar vests frown on that. This may have happened to me a friend of mine.

This feels like the perfect place to segue to a hearty (but innocent, I swear) thanks for having me! 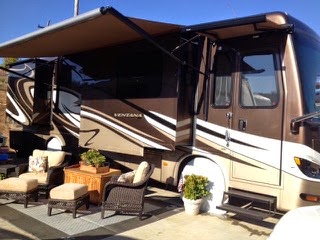 Beverly writes both fiction and nonfiction. Empty-nested and downsized, she and her husband Gary live full time in their RV they call Flight Risk - nicknamed Fly. Gary power-glides in "The Gnat" while Beverly safely explores new horizons on her Kindle, banging the keyboard and creating new worlds from her off-beat imagination. They're "livin' life at the speed of diesel."

Harold Donaldson unwillingly becomes the custodian of a beautiful, handcrafted kaleidoscope that changes the viewer’s future and becomes the focus of evil operatives intent on capturing the kaleidoscope for nefarious purposes. Brilliant but socially inept, Harold has distanced himself from any connection to his dysfunctional childhood. Abandoned by a father accused of his mother’s death, Harold trusts no one until the ’scope forces him to accept a circle of friends he must rely on. To protect all their lives from imminent danger, Harold must discover the source of the ’scope’s mysterious powers. Just as he is on the verge of learning how it works and why his past connects to his future, he must face disturbing truths he’s run from all his life.